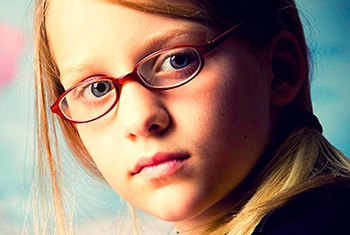 Check out these testimonies and stories from some of our EPI Ohana patients...
"They felt frustrated..."
A few years ago I brought my two sons (Zachary and Christopher) for eye check up because they sometimes complained of blurry vision. Both children were experiencing difficulties at home and in school with concentration and organization. They felt frustrated and at times wanted to give up trying. They struggled to maintain their grades to B. After your initial check with the boys, you diagnosed them to having astigmatism and you prescribed them to wear glasses.
This past June Zachary graduated from high school with honors and even received a scholarship. He now attends college and plans to study Pharmacology. Christopher is in the 6th grade and his goal is to be on the Principal's List. We received his 1st quarter report card and he is few points away from achieving the Principal's List.
My children have gained much confidence and they now set goals for themselves. They both enjoy reading books and challenge each other and their friends to read the most books each month and during the school breaks. They also write summaries of each book read to practice their writing and proof that they have actually read the books.
We want to thank you and your staff for the excellent service you provide. You and your staff also treat my family like we are part of yours. I realize that taking care of our eyes are for all ages, not just for adults. You take time to understand each of your patients and I feel it is a very important part to caring for the individual. We appreciate you taking care of our family and helping each one of us improve and enjoy life.
Sincerely,
M.B.

"How do you thank someone for something like that?"
For a couple of weeks my eight year old son, Zachary, was having migraine-like headaches everyday after school. His headaches were so bad that he had to take an hour and a half nap after school in order to feel well enough to begin his homework. I had a history of migraine headaches so I took him to the pediatrician for a check. The pediatrician didn't find anything wrong and recommended that he have his eyes checked before considering an MRI.
I took him to Dr. Makini for an eye exam. I didn't think at first it would be his eyes. Dr. Makini felt right away that his headaches were caused by his eyes when I told him that the headaches seemed to begin the same time and every time he began doing computer lab at the end of the school day.
Dr. Makini told me after examining Zachary that my son had the eye characteristic of extra farsightedness that frequently causes children to over focus at near when reading. Dr. Makini recommended having my Zachary use glasses for reading in school and at home.
Immediately, the headaches ceased and the glasses were a success, but happened later was an even greater success. Prior to my son's headaches, he had been tutored for awhile in reading due his lower reading performance which had unfortunately been a discouragement to Zachary. Well, just six weeks after wearing his glasses, he went up two reading levels and was reading one level above his expected reading level. My son felt very proud of himself which made my husband and I very happy.
My husband mentioned to Dr. Makini that he knew what it was like to be a poor reader growing up and how it affected his confidence in school. He couldn't express how thankful he was that his son would not have to go through the same ordeal that he did. Thinking of how promising his child's future can now be without that visual hindrance he said to Dr. Makini, "How do you thank someone for something like that?"
B.O.
Zachary's Mom

"Hard Time Focusing"
My daughter, Keely, constantly rubbed her eyes, had a hard time focusing on her school work and would constantly complain about being tired. After reading Dr. Makini's article in the newspaper about some of the symptoms children express sometimes unnoticed, I decided to bring my daughter in for an exam. Keely now wears her glasses proudly. Now, she can see her work clearly, she's stopped rubbing her eyes and her grades have improved a lot. All these accomplishments have come with the help, love and caring of Dr. Makini! Thank you!
P.H.
Keely's Mom

"Graduated with Honors"
One afternoon, I was telling this one patient how appreciative I was for allowing me to serve their family for so many years. I had been seeing him, his wife, and his daughter who is now in college. He responded with a "No, We thank you!" He went on to remind me that they've been with me ever since they brought their daughter who was in intermediate school at the time and I prescribed her reading glasses because her eyes tended to tire too soon whenever she read. Before she was having difficulty with her reading and her grades, but since she had begun using her reading glasses, her reading and her grades had improved so significantly that she ended up graduating with honors!
An excerpt
from Dr. Makini's Memoirs

"Big Difference"
The eyeglasses that Dr. Makini prescribed for my child really made a difference. Her grades dramatically improved along with her behavior in the classroom. It can only be attributed to her new eye glasses and eye care.
A.A.
Mother & School Teacher

"An Inspiration"
One of my earliest cases that inspired me to find a more user friendly method to train external eye muscle control development came when a 6th grade boy from the local middle school was reading at a 4th grade level. The exam found him with 20/20 acuity far and near without any correction needed his eye control was noticeably under-developed and his Mom wanted my opinion as to whether his eyes were the reason for his poor reading comprehension.
I wasn't totally convinced whether improving this single eye skill would make such an impact on his reading performance, but I recommended some eye exercises any way. You have to understand that many of my recommendations that are given to patients are like New Year resolutions they do them for a day or two and then forget about them.
This time it was different, she had him do the exercises every day for almost one year. And unlike the others, she got results. At her son's next visit to the office she told me know how his reading had significantly improved along with his grades after doing the exercises I recommended. It was from this experience that the Home Training Program for Elementary Readers was birthed.
An excerpt
from Dr. Makini's Memoirs